Upcoming Brexit: Why Germany does not want Britain to leave and how intra-european sales are going to be affected! 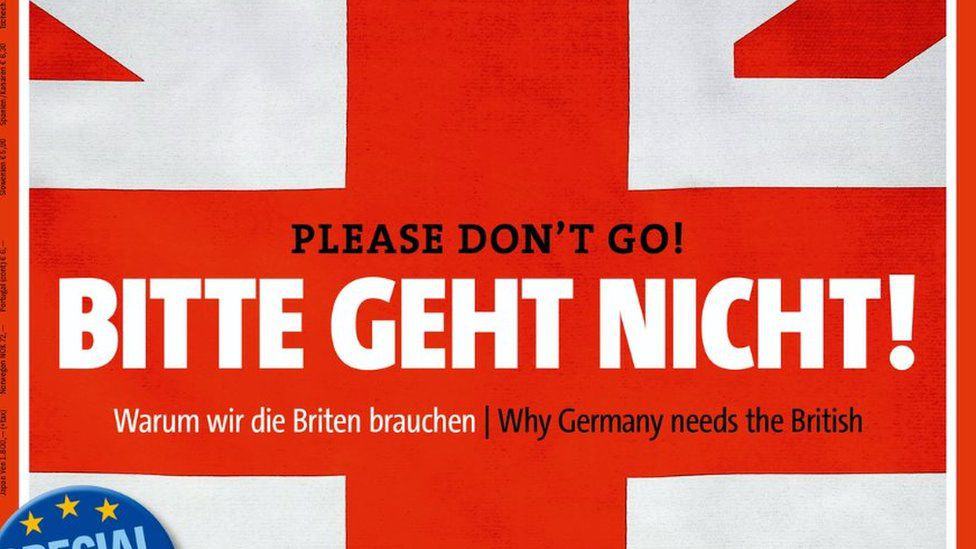 Upcoming Brexit: Why Germany does not want Britain to leave and how intra-European sales are going to be affected!

Besides the slow down of exports to China, Germany will have to face another major challenge in the upcoming months. If the United Kingdom leaves the European Union without a trade deal, the resulting trade barriers could also spell trouble for Germany’s export-driven economy, as well as other members.

Concerns and uncertainties about Brexit seem to be never-ending, and while most predictions are not positive, there are some business opportunities to be taken. According to the German Economic Institute, Germany’s exporters would face extra tariffs of nearly $3.8bn, which could lead to a reduction of German-UK exports by over 50 percent. The recent export decrease was driven mainly by weaker sales to Britain rather than the broader trade war.

Leaving without a trade deal, cross-border tariffs may have to be levied, requiring customs inspections at borders, as well as slowing manufacturing down and increasing the costs of production.

Another concern is uncertainty around immigration that will cost the German economy around 1% of GDP with the potential of 200,000 job losses, which could move the country into a recession in the fourth quarter of this year. As the free flow of workforce stops, Germany will have to deal with returning exported labour, as well as leaving imported labour. This will open gaps in certain fields of work, while overpopulating some, leading to employment issues that will be hard to solve.

Studies show that only one in five German companies still conducts good business in the UK, while 70 percent expect business to deteriorate in the future.

Some good will come out of the whole situation in the end, as roughly 6% of companies and investments into the UK will go towards Germany, so while exports towards the UK naturally decrease, production will increase.

Even the remaining companies will likely engage in a collaboration with an outsourced sales agency, leading to an increase in outsourced sales development. Having insight and taking opportunities, while others wait for things to settle, could prove highly profitable for ones willing to take the risk.

Impact on the European Union Economy

The International Monetary Fund has already warned the remaining EU states of imminent growth decrease of up to 1.5 percent in the long run, as well as fall of employment rates by 0.7 percent if the United Kingdom fell back on WTO rules to trade with Union. The same as with Germany, remaining countries would face cross-border tariffs and good transportation slowdowns. Both sides would have to invest additional resources and manpower into import-export control, especially Britain.

Nevertheless, the EU does not want to see Brexit happen since it is a valuable member. Being the world’s fifth largest economy as well as a gateway to America, 10% of each EU country’s exports go to the UK and vice versa.

Impact on the United Kingdom Economy

Out of everyone involved, the UK is naturally going to be affected the most. To what degree, will it be positive or negative in the long run, and many other factors are unclear right now, however, there are some predictions that can be made.
It cannot be denied that Brexit, along with uncertainties around it, is impacting UK businesses and investments in a negative way. However, post-Brexit UK might have a different outlook.

The United Kingdom has contributed  £13 billion to the EU budget each year, amounting to £8.5 billion net contribution. Not being tied to the EU budget, and contributing to the UK only will result in either more flowing into the budget or lower taxes, either option ultimately being positive for the country.

As a fully independent nation, the UK can turn towards China, the US, and Australia for new trade and investment deals. Not dealing with the EU as a whole is very tempting for some countries, since trade agreements can be better negotiated. One of the potential roadblocks in this could be the political climate, and only time will tell whether or not the UK becomes truly independent, or stays under the political curtain of the EU.

While the topic at hand is far more complicated than what I described, with thousands of pages of pure data and statistics, I’ve done my best to offer you the essential information. Even though Germany is potentially going to lose the most with The UK’s departure, it’s also going to be the biggest winner of the aftermath, with sales outsourcing Germany on the rise, as well as company migration.

End of the free circulation of goods, WTO’s limited integration of service exports, passport checks, tariffs, and customs are just some of many important issues that need to be sorted before the EU and the UK can conduct business at full capacity.

is a sales outsourcing company that can help you sell your products, services or software in new markets. Interested to learn more how this is possible?

This site uses Akismet to reduce spam. Learn how your comment data is processed.

This website uses cookies to improve your experience while you navigate through the website. Out of these, the cookies that are categorized as necessary are stored on your browser as they are essential for the working of basic functionalities of the website. We also use third-party cookies that help us analyze and understand how you use this website. These cookies will be stored in your browser only with your consent. You also have the option to opt-out of these cookies. But opting out of some of these cookies may affect your browsing experience.
Necessary Always Enabled
Necessary cookies are absolutely essential for the website to function properly. These cookies ensure basic functionalities and security features of the website, anonymously.
Functional
Functional cookies help to perform certain functionalities like sharing the content of the website on social media platforms, collect feedbacks, and other third-party features.
Performance
Performance cookies are used to understand and analyze the key performance indexes of the website which helps in delivering a better user experience for the visitors.
Analytics
Analytical cookies are used to understand how visitors interact with the website. These cookies help provide information on metrics the number of visitors, bounce rate, traffic source, etc.
Advertisement
Advertisement cookies are used to provide visitors with relevant ads and marketing campaigns. These cookies track visitors across websites and collect information to provide customized ads.
Others
Other uncategorized cookies are those that are being analyzed and have not been classified into a category as yet.
SAVE & ACCEPT
Powered by