Sales Outsourcing in DACH. Why is it so important? 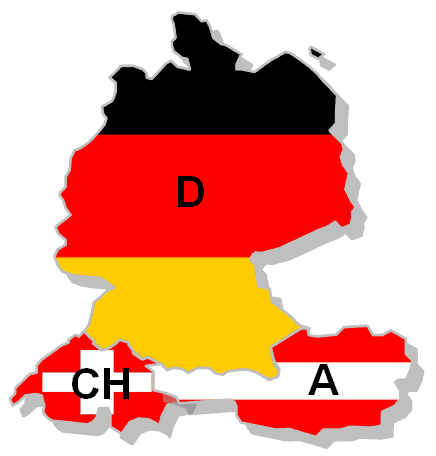 Sales Outsourcing in DACH. Why it’s so important?

One of the main effects of the recent diffusion of technology and means of communication are changes in the business. They are mostly reflected in the fact that nowadays it is possible to have employees who live on the other side of the world. This aspect of employing has many advantages to it, but there are always things to consider. Being properly informed will help you avoid unintended consequences of the cooperation with sales outsourcing companies or individuals.

One of the largest and most promising sales outsourcing Europe markets is the DACH region. DACH stands for Deutschland (Germany), Austria, Confœderatio Helvetica (Switzerland), a region of primarily German speaking countries.

Since managing and building your business is costly, whereas the return on investment is unknown, best sales outsourcing companies DACH offer dedicated staff, provide experts and sales outsourcing services. However, talented agents are sometimes difficult to recruit and retain, and knowing the specific characteristics of this region is essential to running a successful business.

One of the main obstacles to face when entering the DACH region will be the language barrier.

Population of DACH countries is primarily German speaking, with a minority of people speaking English on a conversational level. Switzerland has a higher percentage of English speaking residents, but they also have their own German dialect, as well as French and Italian speaking residents.

Depending on your product, going with a campaign focused on potential English speaking clients may not necessarily be a detriment. Sectors such as IT have made a push towards normalising English within companies in recent years, and it’s becoming the norm. Given that DACH IT sectors imports a lot of labor with basic or no German knowledge required, trying to reach out in English might prove more beneficial.

However, to achieve major market coverage in other sectors, a sales team has to be fluent in German, and understand the mentality and culture of people they’re conducting business with. Hiring an entire sales team can prove far too complicated, and require a lot of resources to make an optimal team.

Since DACH is made out of three countries, with Switzerland not being a part of European Union, one might expect some legal issues and restrictions when it comes to outsourcing. This fortunately isn’t the case, to paraphrase a law examination: Laws of these countries do not specifically regulate outsourcing transactions, neither generally nor in relation to particular types of outsourcing transactions.

What this means is that common laws of Germany and Austria under European Union, and Switzerland as an independent country are applied. None of these laws restrict outsourcing in any particular way, which makes outsourcing sales to an agency a more appealing option.

Finding the best company for your needs can be a daunting task, but fortunately, these companies are actively looking for clients, and while you can reach out to them, you will receive far more offers by simply making a public proposal on the right websites. Specify in detail your goals, budget and requirements, then go through the applicants resumes. Find the ones with previous success, guarantees and payment model suitable to your needs. Be very clear about conditions and mindful of the time spent, as it may prove more important than the monetary investment. If you’re meticulous and patient, your chances of success will rise exponentially.

Briefly, there are many advantages for your business to engage in sales outsourcing DACH. Keeping your full attention on your core business, or getting direct insight to industry experts, outsourcing your customer service is money well spent as well as giving your company more resources to get creative and sail full speed ahead. Time and effort spent on setting up your own team in DACH region will take a lot of time and effort.

Outsourced sales development will not only help speed up the process and get activity quicker, but also help guide you along a path of building your own internal team.

is a sales outsourcing company that can help you sell your products, services or software in new markets. Interested to learn more how this is possible?

This site uses Akismet to reduce spam. Learn how your comment data is processed.

Copyright 2019 Vparagon, All Rights Reserved
Linkedin-in Youtube
We use cookies on our website to give you the most relevant experience by remembering your preferences and repeat visits. By clicking “Accept All”, you consent to the use of ALL the cookies. However, you may visit "Cookie Settings" to provide a controlled consent.
Cookie SettingsReject AllAccept All
Manage consent

This website uses cookies to improve your experience while you navigate through the website. Out of these, the cookies that are categorized as necessary are stored on your browser as they are essential for the working of basic functionalities of the website. We also use third-party cookies that help us analyze and understand how you use this website. These cookies will be stored in your browser only with your consent. You also have the option to opt-out of these cookies. But opting out of some of these cookies may affect your browsing experience.
Necessary Always Enabled
Necessary cookies are absolutely essential for the website to function properly. These cookies ensure basic functionalities and security features of the website, anonymously.
Functional
Functional cookies help to perform certain functionalities like sharing the content of the website on social media platforms, collect feedbacks, and other third-party features.
Performance
Performance cookies are used to understand and analyze the key performance indexes of the website which helps in delivering a better user experience for the visitors.
Analytics
Analytical cookies are used to understand how visitors interact with the website. These cookies help provide information on metrics the number of visitors, bounce rate, traffic source, etc.
Advertisement
Advertisement cookies are used to provide visitors with relevant ads and marketing campaigns. These cookies track visitors across websites and collect information to provide customized ads.
Others
Other uncategorized cookies are those that are being analyzed and have not been classified into a category as yet.
SAVE & ACCEPT
Powered by